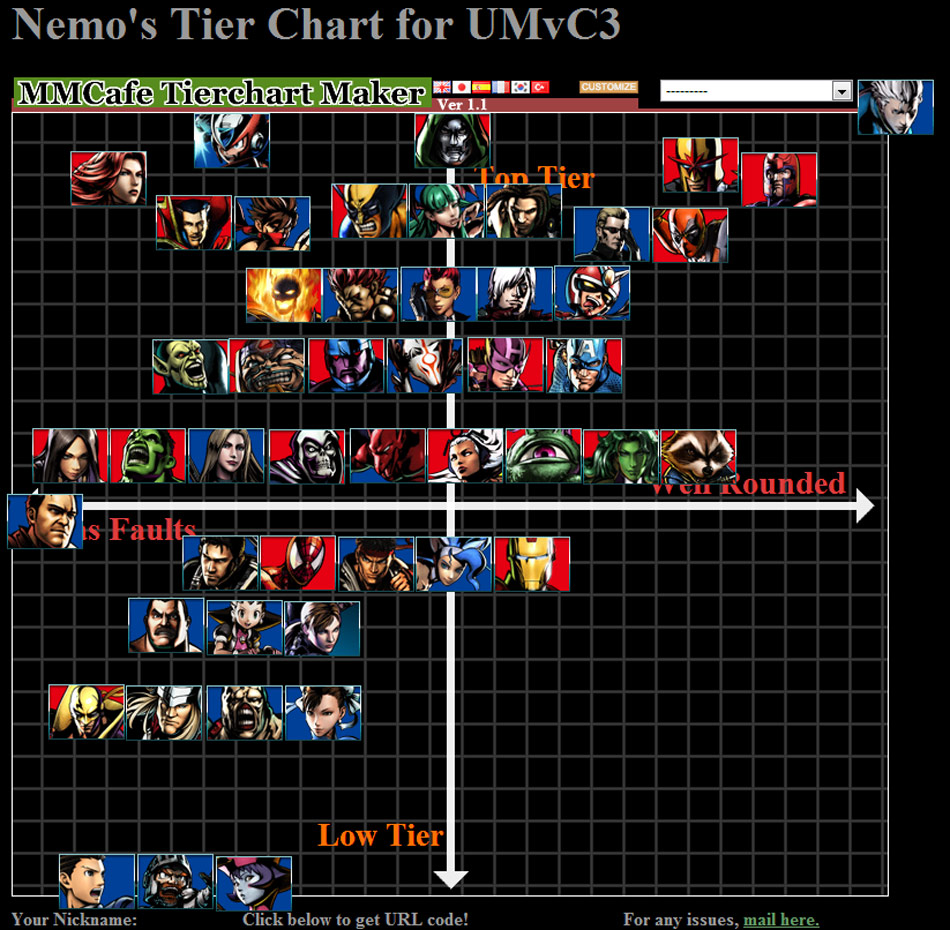 There’s a few comments I want to make. These are just my personal opinions. I’m just a random player on the internet so feel free to disregard them

1.) Tier list are deceptive in team based games. Synergy of the characters are just as important if not more important than tier — Like a Hulk winning Evo for example.

2.) FACT: Anchor Hsien-ko with meter is better than any X-Factor level 3 character and Dark Phoenix. I don’t care who you are. Nobody is approaching Gold Hsien-ko. The only problem is She hardly ever has that much meter. You need 3 bars to outlast X-factor level 3.

3.) I’m going to be controversial here. I don’t care what anybody says I think Dr. Strange is a trash character. He has damage for days off the palm loops for sure but to me he seems like an incomplete character. It seems like the developers where halfway finished with the character, forgot about him to work on other characters, and never came back to him. I think he’s trash. Nemo is top tier not Strange.

4.) Why is Haggar so low? Yea he’s slow but if he’s beside you there’s not many characters that can deal with him. Jill and Haggar on the same tier? No way in hell I’ll ever believe that.

5.) Who raped Nemo so bad with Dead Pool it made him think he’s better than Spencer and Wesker?  What secret Tech is there? If he’s that good why doesn’t anyone play him? Now I have to lab with this character. [I’m not happy. I hate playing zone characters.]

6.) Barring Pheonix and Vergil I think Super Skrull, She-Hulk and Iron Fist [in that order] have the greatest comeback potential in the game. X-factor with these character is super strong. If they touch someone they melt like butter. Yea everyone is strong in X-factor but the damage with these 3 is more absurd than normal.

7.) Where is Ghost Rider? LMAO He’s not on the list. Is Ghost Rider Boss Tier? For those who don’t know bosses are usually not included in tier list. Hidden tier Ghost Rider FTW. (Now watch somehow he’ll be in the picture even though I didn’t see him. That’s how my life works.)

This entry was posted in UMVC3 and tagged 3, capcom, list, marvel, nemo, tier, ultimate, umvc3, vs. Bookmark the permalink.